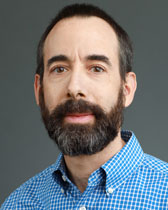 Benjamin Frommer (Ph.D. Harvard University, 1999), specializes in the history of East-Central Europe, with a focus on the periods of Nazi and Communist rule. He is primarily interested in collaboration and resistance under repressive regimes, the use of courts for political ends, the consequences of ethnic cleansing, and the development of modern nationalism. Frommer is the author National Cleansing: Retribution against Nazi Collaborators in Postwar Czechoslovakia (New York: Cambridge University Press, 2005). Frommer's research and writing have been supported by grants and fellowships from the American Council of Learned Societies (ACLS), the International Research and Exchanges Board (IREX), the Department of Education (Fulbright-Hays and Jacob K. Javits), and the Center for European Studies at Harvard University. During the academic year 2004-2005 he was a Visiting Fellow at the Institut für die Wissenschaften vom Menschen (Institute for Human Sciences) in Vienna, Austria. He is currently the Director of Graduate Studies for the Department of History.