On December 8th, seventeen NU students with the Russian Club saw the Nutcracker by the visiting Moscow Ballet at the Rosemont Theater in Chicago. The performance exhibited world-class dancers, hundreds of costumes, elaborate sets, and puppetry. They had a magical time!

Reading of Works by Wislawa Szymborska and Olga Tokarczuk

Professors Kinga Kosmala and Clare Cavanagh led a reading of works by Wislawa Szymborska (left) and Olga Tokarczuk (right) on November 20th. The Polish writers won the Nobel Literature Prize in 1996 and 2018, respectively. Tokarczuk was awarded in 2019, joining Szymborska as the second Polish woman to win the prize. 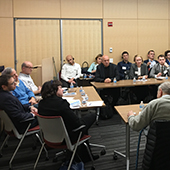 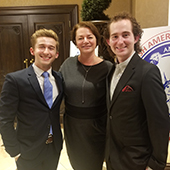 Students of Professor Kinga Kosmala (center) William Wicker (left) and Joseph Grzybek (right) are the first winners of the Polish National Alliance Award for outstanding efforts and accomplishments in studying Polish Language, History, and Culture. This was the first ever award given by this organization to students studying Polish. Congratulations! 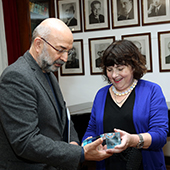 Come and learn about study abroad in Russia, Central Asia, Poland, or the Czech Republic! Our wonderful professors Kinga Kosmala and Martina Kerlova will be there to answer questions. The study abroad fair will take place Thursday, November 7 at 2 PM - 5 PM at Norris University Center in the Louis Room (2nd floor). See you there! 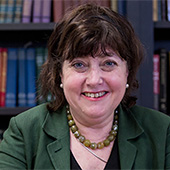 Congratulations to Chris Pike, who received his PhD in June!  For the 2019-2020 academic year, Chris will teach courses in Russian literature, culture, and language as a Visiting Assistant Professor of Russian Area Studies at Hobart and William Smith Colleges in Geneva, NY.  While at Northwestern, Chris taught several courses in the Slavic Languages and Literatures Department and led the Russian language table.

Sydney Matrisciano won a Posner Fellowship to work with Professor Saul Morson for 8 weeks this summer.  She will be studying the cultural significance of literature in Russia.  Sydney is a Slavic major who just completed her first year at Northwestern.  Congratulations, Sydney!

The Fulbright commission in Poland held its annual graduation ceremony, and three of our students took a moment to flash their ‘Cat paws for the camera. All three Fulbrighters—Ania Holubecki (WCAS ’18, left), Jordan Todes (WCAS ’18, center), and Rachel Moss (PhD candidate in the interdisciplinary PhD, right)—have had such a great year that they’re sticking around a while longer through extensions of their grants. We are proud to have them represent our University and the Polish Program!

Congratulations and best wishes to these students and all of our wonderful undergrads!

Thanks to the NU Crown Family Center for Jewish and Israel Studies, Anastasiia Simferovska will study at the Israel Museum in Jerusalem. She will research three Jewish artists of different generations and political views in Lviv, examining their art in the context of the Jewish diaspora and their move to Israel. Congratulations!

Congratulations to Tom Feerick for receiving the Medieval Slavic Summer Institute (MSSI) Fellowship. He will study Practical Slavic Codicology and Readings in Church Slavonics at Ohio State and the Hilandar Research Library. 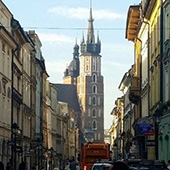 Professor Kinga Kosmala has developed a new website that highlights Polish culture and showcases student projects in Polish classes at Northwestern. Watch for new content in the coming weeks.

Professor Cavanagh Elected to the American Academy of Arts and Sciences

Professor Clare Cavanagh is a new member of the American Academy of Arts and Sciences, one of the nation’s oldest and most prestigious honorary societies. She joins Professor Saul Morson, who has been a member of AAAS since 1995. Congratulations!

Tony Topoleski, a graduate student in Slavic Languages and Literatures, was awarded a Fulbright Research Grant to study in St. Petersburg, Russia, for the 2019/2020 academic year. He will be researching Late- and Post-Soviet Russian poetry and culture, especially a movement in Russian poetry known as Metarealism. He is co-advised by Nina Gourianova and Ilya Kutik. Congratulations! 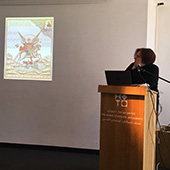 Professor Nina Gurianova gave a lecture at the Israel Museum in Jerusalem in conjunction with the exhibit "Victory Over the Sun: Russian Avant-garde and Beyond" (Spring 2019). 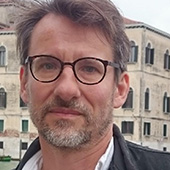 Northwestern Alum Returns to Give Talk

On March 8th, Michal Oklot, Ph.D. in Slavic Languages and Literatures at Northwestern University in 2005, returned to give a talk titled: "Kronos:  The Real Life of Witold Gombrowicz."  Oklot is Associate Professor at Brown University in the Department of Slavic Studies. The discussion is part of "visit weekend" for visiting graduate applicants, current students, and faculty. 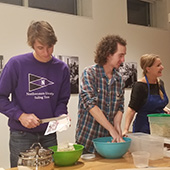 Professor Kinga Kosmala led a pierogi cooking lesson with a chef from Tata's Pierogi on the evening of Monday, January 28, at the Shepard Engagement Center. Everyone enjoyed the cooking class--and the pierogi!

Congratulations to Professor Kinga Kosmala and Olivia Pura, who is majoring in Slavic Languages and Literatures and Neuroscience, for winning an Undergraduate Research Assistant Program grant. Together, they will create an interactive map of Polish speakers in Chicago--an exciting new opportunity! 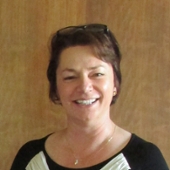 Kinga Kosmala, PhD, Senior Lecturer who teaches Polish language and culture courses at Northwestern, is a new vice president of the American Association of Teachers of Slavic and East European Languages (AATSEEL).  In this role, Prof. Kosmala will promote the study of Slavic languages at all educational levels.  Congratulations, Pani Kinga!
Back to top