On December 11, 2018, The Council on Language Instruction at Weinberg College of Arts & Sciences offered a presentation by Dr. Catherine C. Baumann, Director of the University of Chicago Language Center.  This workshop, the first in a series, was called Teaching for Proficiency -1.  Dr. Baumann focused on implementing ACTFL Guidelines and using reverse design to achieve teaching outcomes.  More than 25 Northwestern faculty and graduate students participated in the workshop.

Kinga Kosmala, Senior Lecturer in the Department of Slavic Languages and Literatures, was a co-organizer of the December 11 workshop.  She states, "Thank you for attending the first workshop of the Teaching for Proficiency series with Dr. Catherine Baumann of the University of Chicago.  Stay tuned for more information on the Winter Workshop. We are looking forward to seeing you all there!" 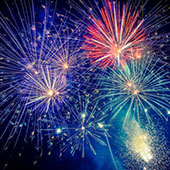 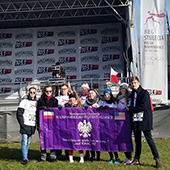 Students from Professor Kinga Kosmala's class and the Polish American Students Association (PASA) and Pani Kinga celebrated the centennial of Polish Independence by participating in a 10k run/walk (Bieg Stulecia).  They proudly represented Northwestern, PASA, and their Polish heritage.

Welcome to all first-years/freshmen, including those our faculty and grad students had the pleasure of meeting at the Academic Directions Fair on September 24 and at our Open House on October 18!  See Martina Kerlova, our DUS, with any questions about Slavic courses or choosing a major or minor in Russian and East European Studies! 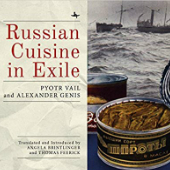 The book shares the beloved essays of Pyotr Vail and Alexander Genis, originally written in the mid-1980s, in English, with delightful commentaries.  The essays describe everyday life and the relationship of Russian immigrants with Russian cuisine. 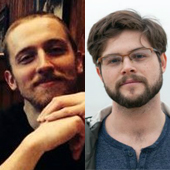 Anthony Topoleski (4th year, right) was one of 24 PhD students from Northwestern, U of C and UIC to receive the 2018 Social Science Research Council (SSRC) Dissertation Proposal Development Program award.  His topic is Developing Reality: Nature, Technology, and the Soviet State in Russian Metarealist Poetry.  For this project, Tony spent time doing research this summer in Berlin and St. Petersburg. Thomas Feerick (2nd year, left) attended Moscow University in the American Councils for International Education Summer 2018 Advanced Russian Language and Area Studies Program (RLASP). He received a Fulbright-Hays Scholarship in addition to a Travel and Language Study Grant from the Irwin and Vivian M. Weil Fund.

Katia Bowers and Connor Doak (Northwestern Slavic Department PhDs) joined with Kate Holland as editors of the new book, A Dostoevskii Companion.  The book features contributions from our own faculty members Susan McReynolds and Gary Saul Morson!   Academic Studies Press notes that this work "contains a collection of documents from Dostoevskii’s own time (excerpts from his letters, his journalism, and what his contemporaries wrote about him), as well as extracts from the major critical studies of Dostoevskii from the contemporary academy.  [It] equips readers with a deeper understanding of Dostoevskii’s world and his writing, offering new paths and directions for interpreting his writing." 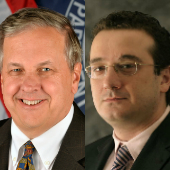 Presentation by Former Ambassador to Georgia and Georgian Ambassador

A recording of the panel can be viewed here. 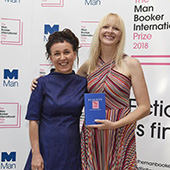 Congratulations to Clare Cavanagh and Saul Morson on Recent Awards

In March 2018, Professor Clare Cavanagh received the prestigious Arts and Letters Award in Literature from the American Academy of Arts and Letters, which honors established and emerging writers of fiction, nonfiction, and poetry.  Cavanagh was one of eight authors selected this year.  As noted on the Northwestern University website, Cavanagh has translated, or co-translated, 17 volumes of poetry and prose by Nobel Laureate Wisława Szymborska, Adam Zagajewski, Ryszard Krynicki and other poets.  She is now working on an authorized biography of another Nobel Prize winner, poet Czesław Miłosz.  Read the whole story on the Northwestern website!

In the NY Times (12.25.17), David Brooks writes:  Gary Saul Morson’s essay “Solzhenitsyn’s Cathedrals” in The New Criterion takes us back to one of the greatest minds of the 20th century. Morson shows how spiritually ambitious Aleksandr Solzhenitsyn was. “Once you give up survival at any price, ‘then imprisonment begins to transform your former character in astonishing ways,’” Morson writes, quoting Solzhenitsyn. It teaches friendship. You learn the most valuable thing is “the development of the soul.” And so Solzhenitsyn concluded, “Bless you, prison, for having been in my life.”

Fans of Russian Literature: The "Dead Souls Society" meets on Tuesdays at 6pm in the foyer just outside Kresge Hall 3305 (Slavic Department). The club is open to all students interested in meeting with Professor Saul Morson to discuss short works of Russian Literature. For more information, contact: deadsoulsnu@gmail.com

Slavic Department Chair Clare Cavanagh received praise for her translation of Slight Exaggeration by Adam Zagajewski.  The book was reviewed  in The New York Times on July 19, 2017.  Zagajewski's book was first published in Polish in 2011.

In the review, Daisy Fried quotes Zagajewski: “A good definition of poetry … a slight exaggeration, until we make ourselves at home in it. Then it becomes the truth. But when we leave it again — since permanent residence is impossible  — it becomes once more a slight exaggeration.”  Fried notes that readers of the poems will recognize Zagajewski's preoccupation with Lvov, "a city lost to his parents and their friends after Poland ceded it to the Soviet Ukraine after WWII."  Slight Exaggeration was also featured in the Briefly Noted section of the June 5 and 12 issues of The New Yorker.

Professor Cavanagh's other new book of translated Polish poems is Magnetic Point: Selected Poems, 1968-2014. Poetry by Ryszard Krynicki.  Born in 1943 in a Nazi labor camp in Austria, Krynicki is one of the greatest poets of postwar Poland.

We thank Professor Emeritus Irwin Weil for his recent generous gift to the Irwin Weil Fund for Russian and Slavic Studies, which he established in 2000.  The new name of the Fund will be The Irwin and Vivian M. Weil Fund, which supports a wide range of activities designed to enhance undergraduate and graduate education in Slavic at Northwestern.

We are pleased to announce a new grant, the Irwin and Vivian M. Weil Travel and Language Study Grant for undergraduate and graduate studies.  To apply for this grant, students should complete and submit this application to the department, along with a budget and proof of acceptance into a language study program (or presentation at a conference).  Applications will be reviewed on a rolling basis.

Professor Weil is a founder of the American Council of Teachers of Russian.  He earned his PhD at Harvard, where he taught before coming to teach at Northwestern University in 1966.  By then, he had already been travelling and working in the USSR for six years, laying a foundation for his future work in USA-USSR/Russia relations. He participated in many Soviet, later Russian, projects to bring public attention to Russian culture and its relations with American culture, including a TV competition in knowledge of world literature, between Soviet and American high school students.  In 2004, with his Russian counterpart, Professor Marina Kaul, Weil established an American Studies Center at the Russian State University for the Humanities, which he continues to visit, meeting with colleagues and students.  Professor Weil also studied Russian music in the context of Russian culture, and for many years taught a unique course in the Slavic Department—Folklore, Music, Poetry—with Dr. Natalia Lyashenko of the Northwestern University Music School.

Weil's book, From the Cincinnati Reds to the Moscow Reds: The Memoirs of Irwin Weil, earned a positive review in Russian via the Independent Newspaper, written by Vladimir Kataev.  The book was published in English in May 2015.